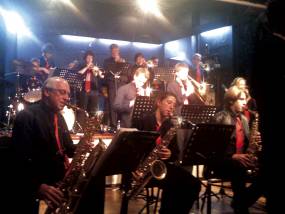 Benjamin's Big Band is the flagship group within the Garigal Community Performing Arts Society. Audiences are always treated to a highly musical and entertaining performance by this versatile and often humorous group. A slightly larger than usual big band, it consists of flutes, clarinets, saxophones, trumpets, trombones, rhythm section (guitar, piano, bass, drums), and a number of vocalists. 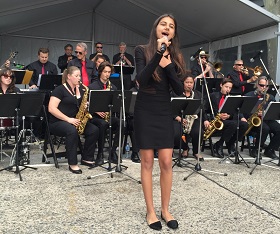 There is also a range of excellent soloists and improvisers within each section ensuring variety throughout their shows. Age varies from 13 to adult and the repertoire requires strong, experienced players who have a good understanding of their instrument and who are proficient at reading difficult level charts. This band guarantees that your feet won't stop, even if you're sitting down.

If you are interested in joining then have a look a our memberships page.

For bookings, Nic is the person to talk to. [email] 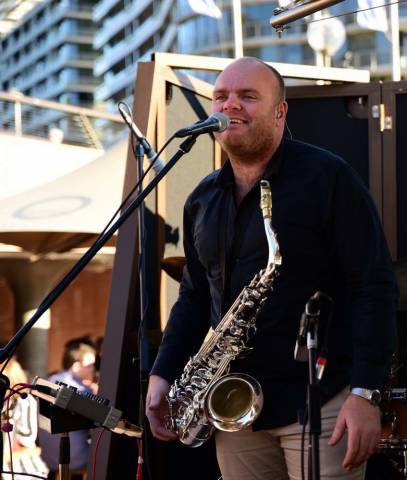 Nic Jeffries is a big-hearted, soulful musician from Sydney Australia. With a gifted voice that has been described as ‘smooth like chocolate’ his sound has been delighting audiences around Australia and the globe for more than ten years. Also a formidable Saxophone player, Nic recently wowed viewers with his appearances on the popular Channel 9 television series ‘The Voice Australia’ working with the internationally renowned, Ronan Keating.

Resembling a sound somewhere between his love of the history in the great American song book, and his infatuation with the soul greats like Donny Hathaway, Marvin Gaye & Stevie Wonder, Nic has crafted a rich, powerful & soulful sound that is all his own. His original interpretations of classic songs coupled with his emotionally charged original compositions make for a beautiful listening experience.

"Nic has that natural ability to draw an audience into a song… To hear Nic, is to feel good” says international Jazz master, James Morrison. Nic has worked with James on a number of occasions around Australia. A musician that his fellow peers simply love working with, Nic has spent years nurturing younger talent and supporting fellow Australian artists not only through his work hosting ‘The Monday Jam’ at The Basement in Sydney, but also through his inspiring work in music education. He has also enjoyed some extensive time on the radio airwaves, with his own shows in the past featuring on Sydney’s FM99.3 and Eastside FM89.7. 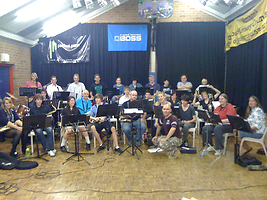